Hydrogen is the most abundant element in the universe. On earth, it is most often necessary to produce it, which is why it is referred to as an energy carrier, just like electricity. The most common source of hydrogen is water, which combines hydrogen and oxygen atoms. Hydrogen is also found in hydrocarbons, which are made from the combination of carbon and hydrogen atoms (coal, oil or gas).

For the record ...146 years ago : « And what will we burn instead of coal? - Water," replied Cyrus Smith. - Water," cried Pencroff, "water to heat steamboats and locomotives, water to heat water! - Yes, but water decomposed into its constituent elements," replied Cyrus Smith, "and decomposed, no doubt, by electricity, which will then have become a powerful and handy force, for all the great discoveries, by some inexplicable law, seem to agree and complement each other at the same time. Yes, my friends, I believe that water will one day be used as a fuel, that hydrogen and oxygen, which constitute it, used alone or simultaneously, will provide an inexhaustible source of heat and light, and of an intensity that coal cannot have. » Jules Verne, The Mysterious Island, 1874 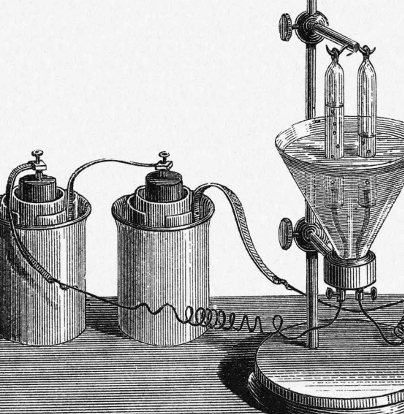 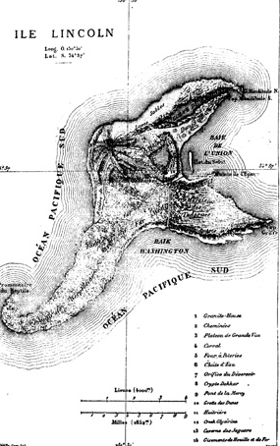 How do we make hydrogen?

There are several techniques for producing hydrogen:

• steam reforming of natural gas is the most widespread technique: 95% of the world's hydrogen is produced in this way. It involves reacting methane with water to obtain a mixture containing hydrogen and CO2. The CO2 emitted by this process could be captured and stored to produce a decarbonated hydrogen. Instead of natural gas, the use of biomethane (methane from the fermentation of biomass) is also a solution for producing decarbonated hydrogen.

• gasification makes it possible to produce, by combustion, a mixture of CO and H2 from coal (a solution that emits a lot of CO2) or biomass.

• Hydrogen can also be produced from water and electricity, it is the electrolysis of water. The electrolyser separates a molecule of water into hydrogen and oxygen. This technology has been known for two centuries and is used on an industrial scale in sectors such as chlorine or aluminium. In the case of Hydrogen, the massive use of this technology, a decarbonation factor, would open the way to the development of this energy vector. 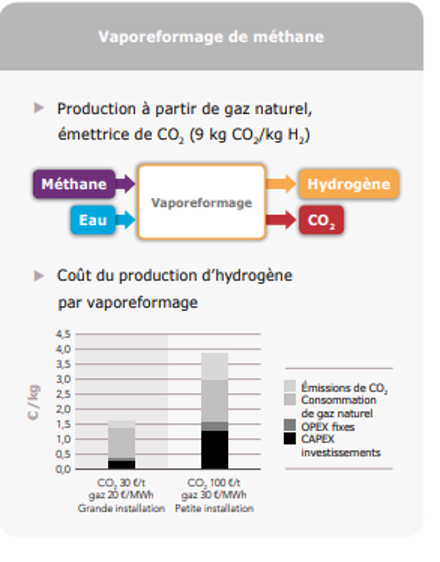 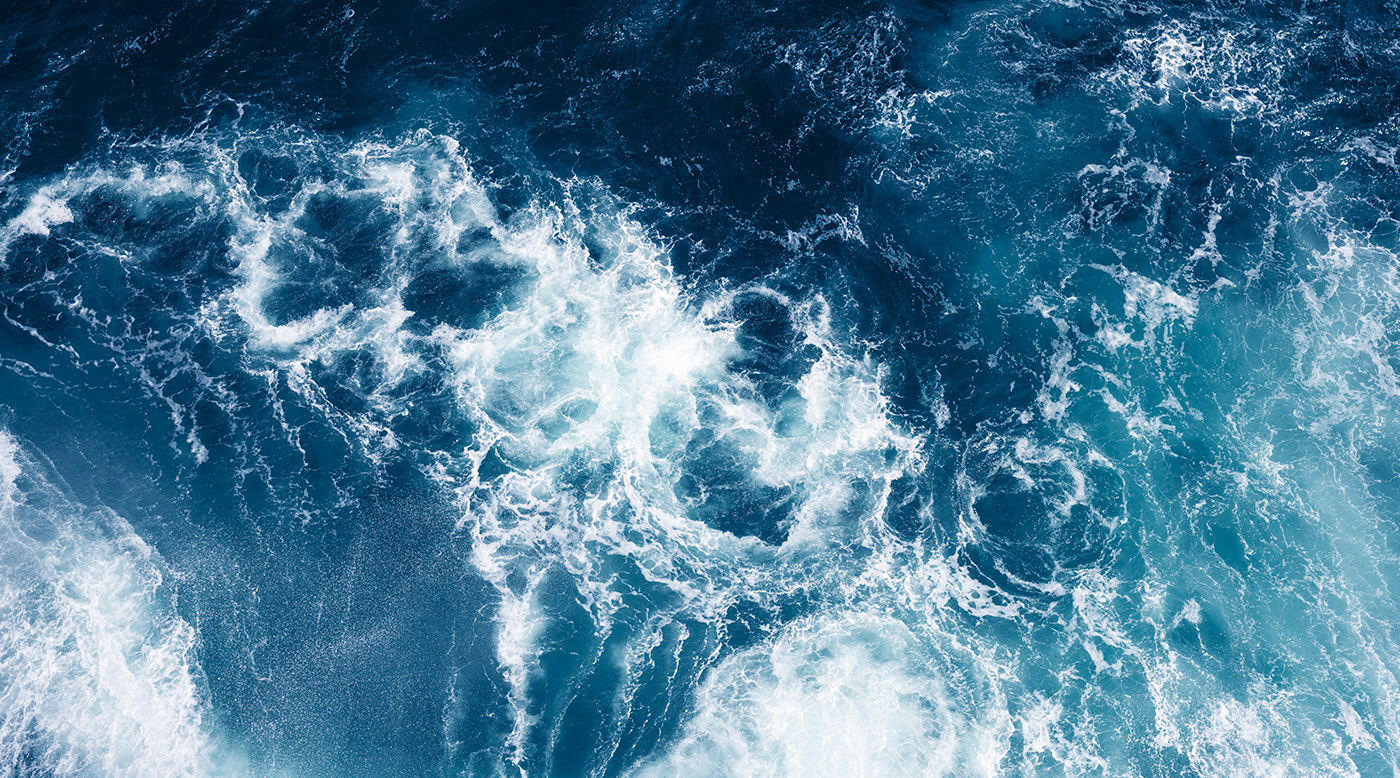 What is the potential of hydrogen? 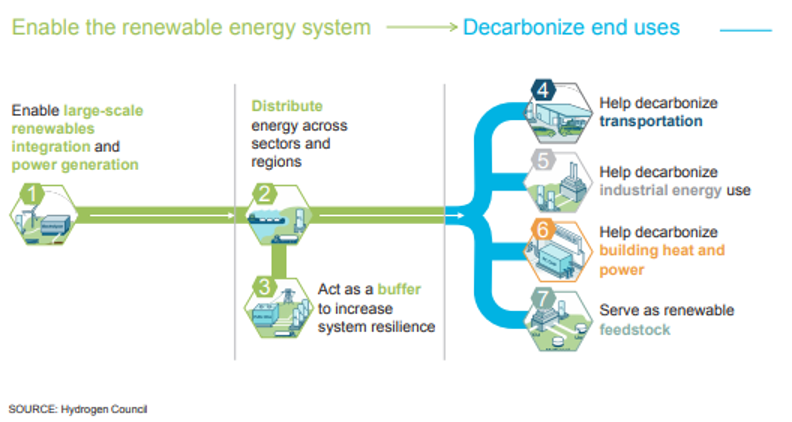 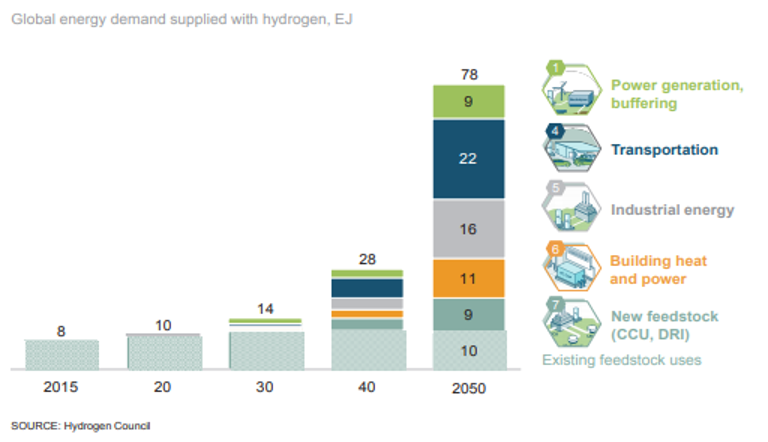 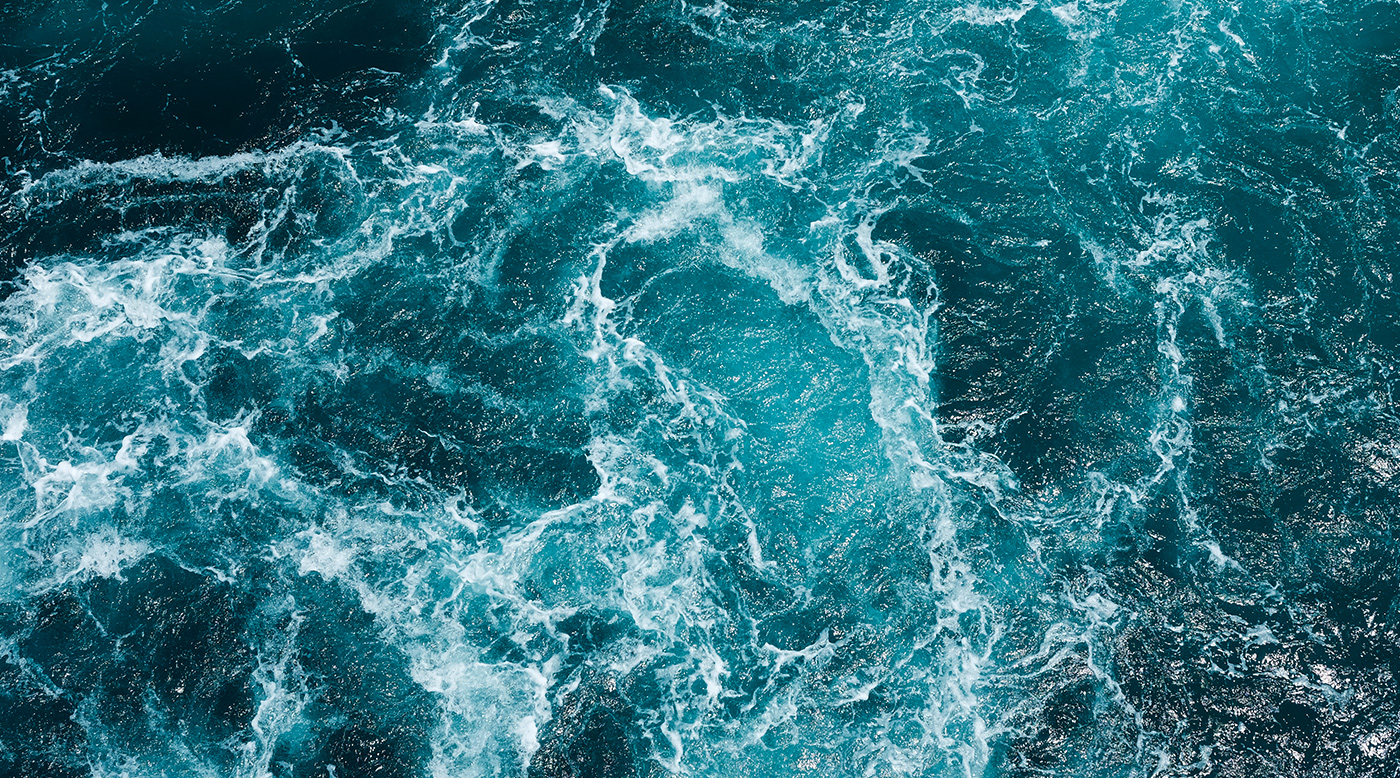 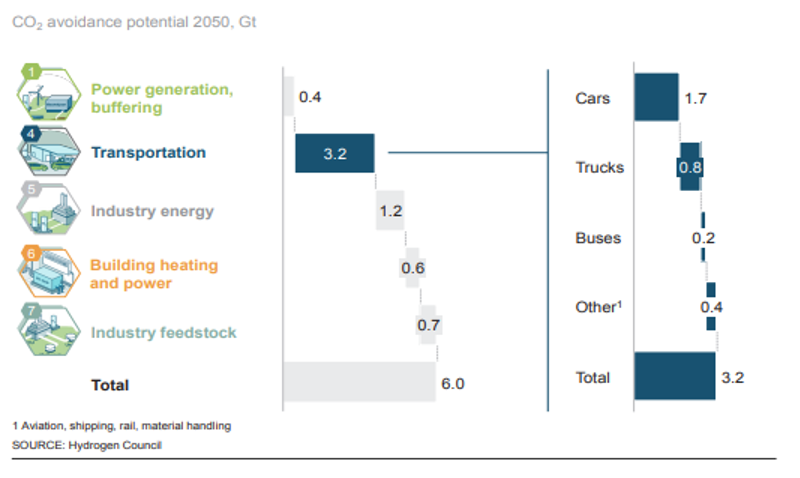 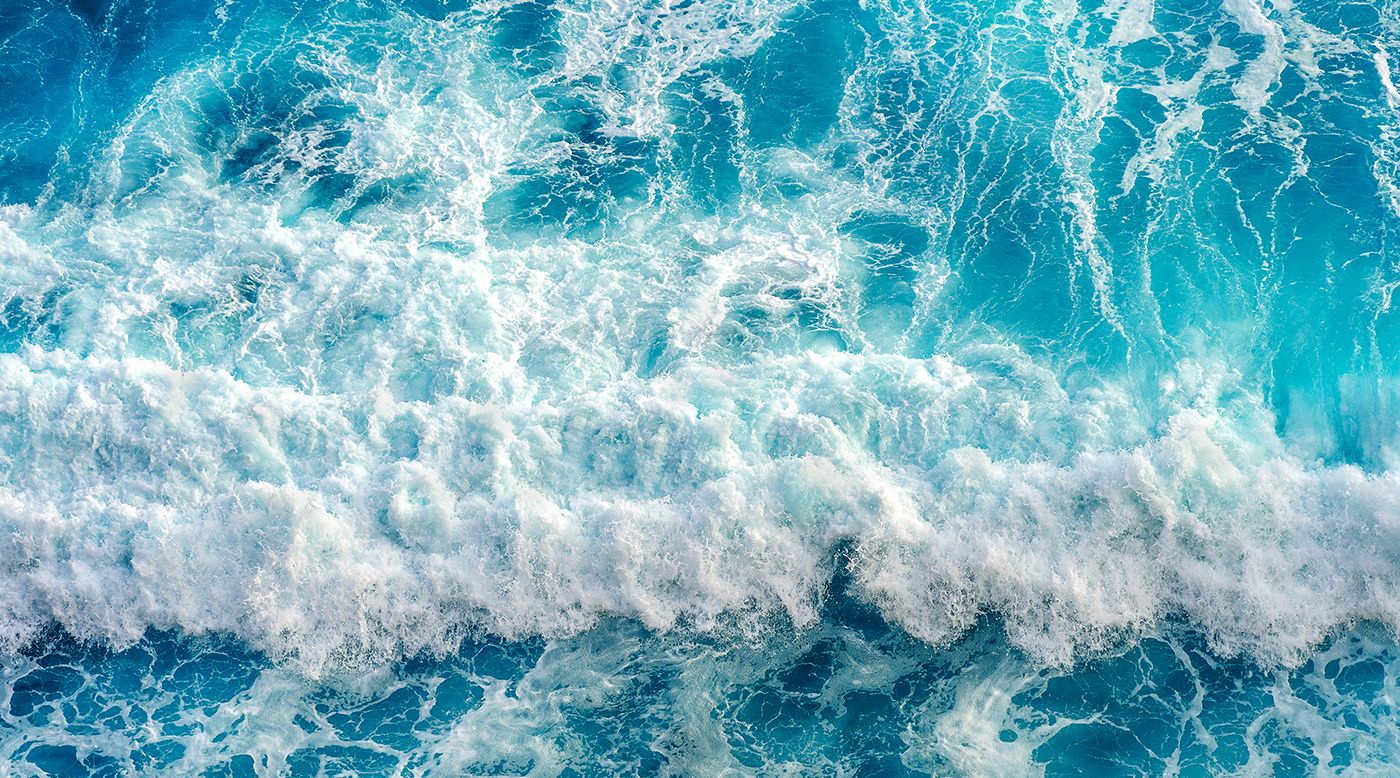 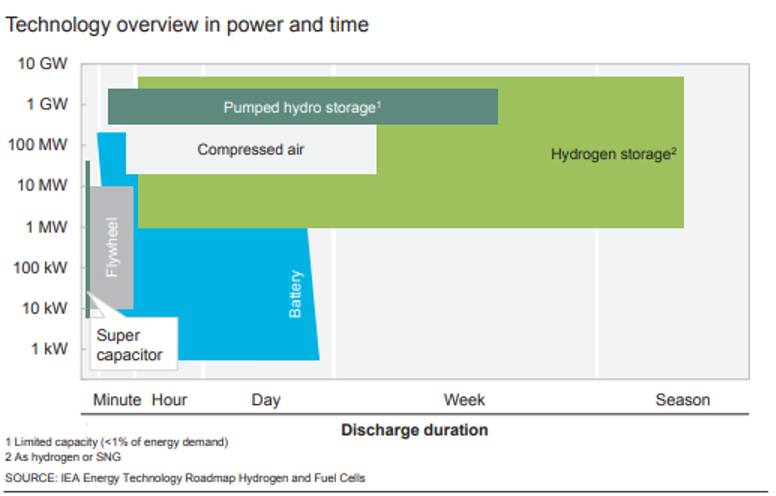 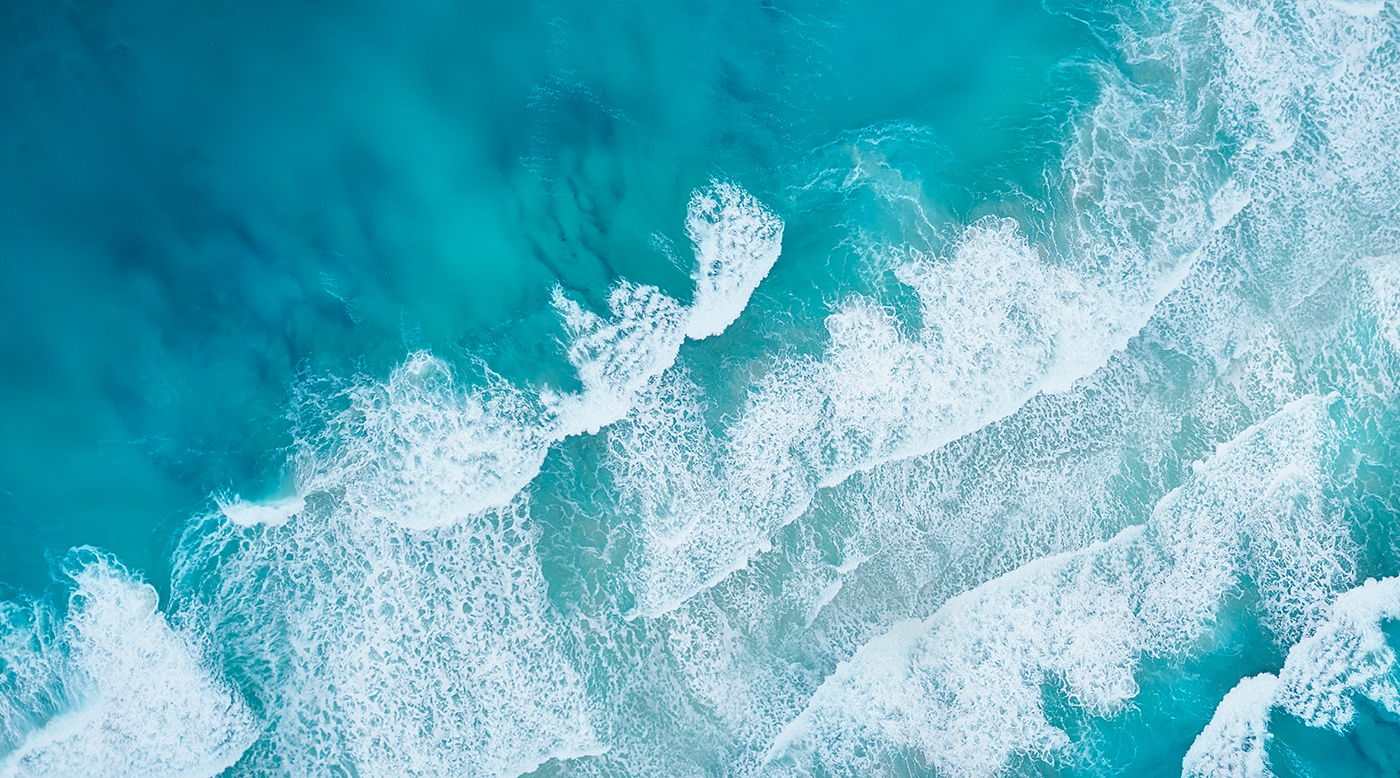 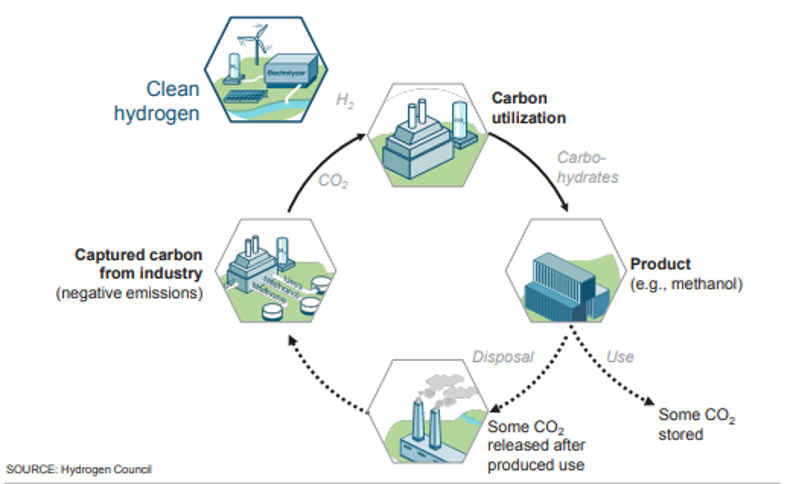 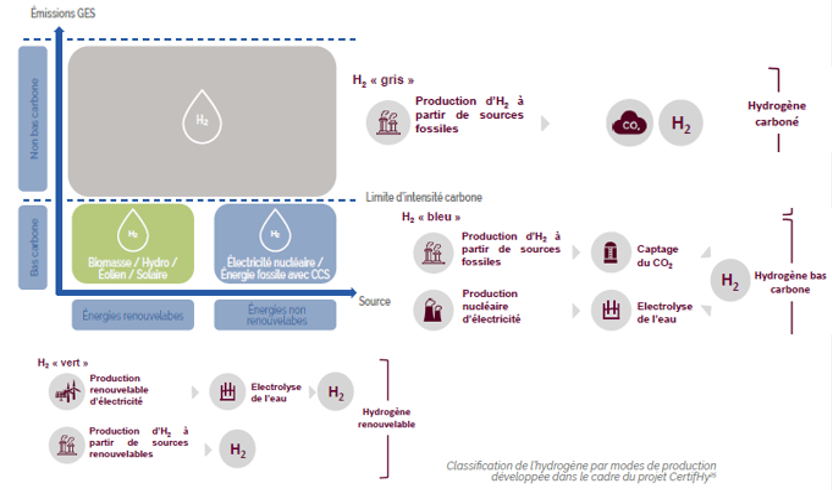 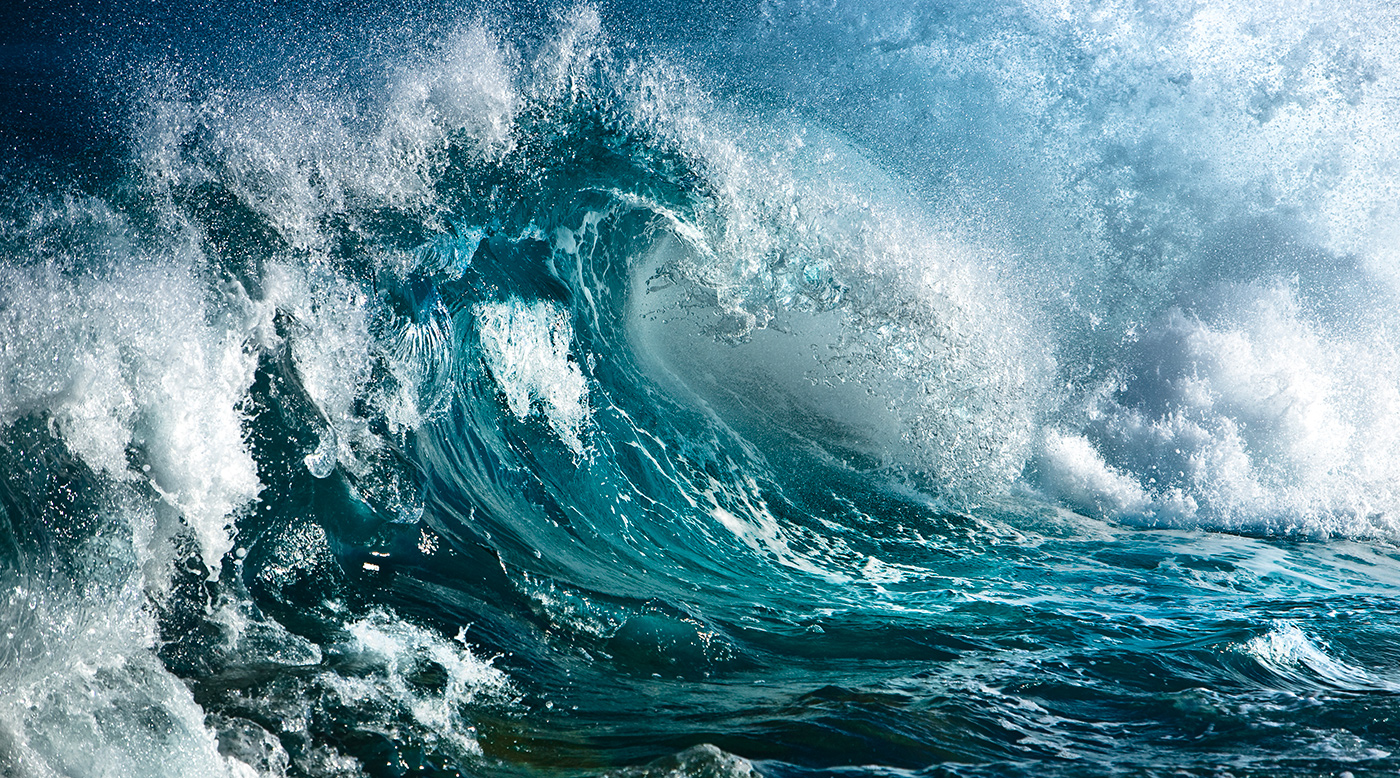 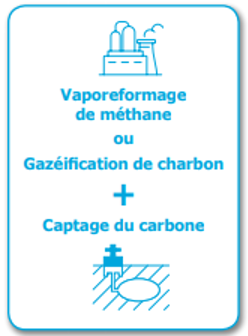 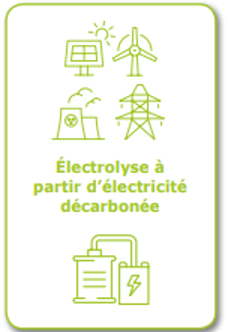 Integration of renewable energies into end uses by means of hydrogen: 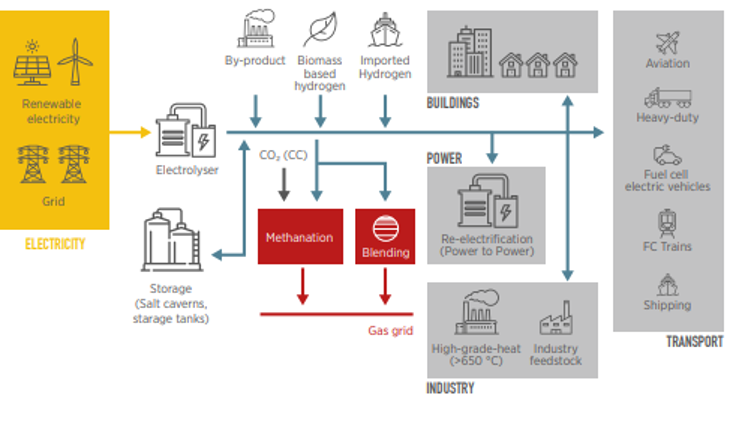 Hydrogen can facilitate coupling between electicity and buldings, transport and industry.